July 1, 2018. We woke up early to beat the heat and managed to get to the trailhead for Cave Springs around 9am, although it was already hot and sunny. I got the sunscreen out so that I could apply it to everyone before we actually started our hike, but we were instantly swarmed by gnats as soon as we left the car. They weren’t biting bugs, but they were everywhere and they really wanted be around us. So I smeared a bit on Auggie and we took on down the trail as fast as we could to keep away from the bugs. I applied the sunscreen to the kids one limb at a time while we were walking.

The first thing we encountered was an old cowboy camp preserved under the rocks. The settings on my camera had somehow gotten all mixed up and it overexposed everything, but the bugs were swarming so badly that I had a hard time fixing it; I couldn’t stay still long enough to fiddle with the buttons. 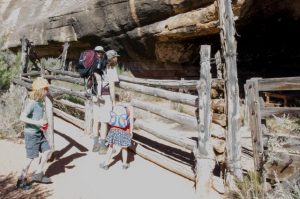 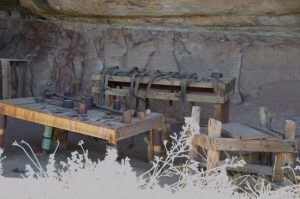 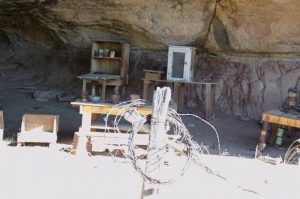 We stuck around for only a couple of minutes because the bugs were so bad. Next on the trail was the spring in the cave of the Cave Springs trail. There were also old pictographs on the wall. 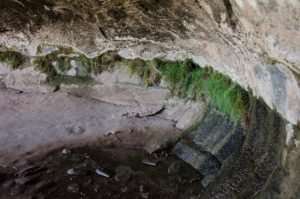 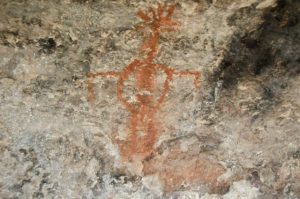 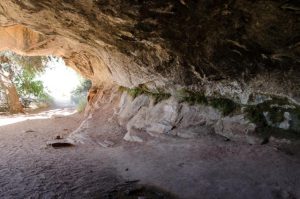 Next was a ladder up to the top of the slickrock and the gorgeous views topside. 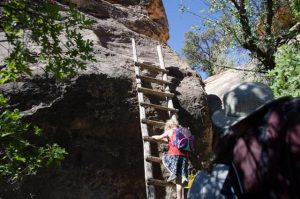 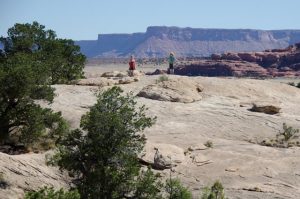 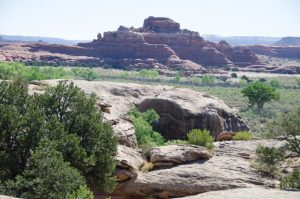 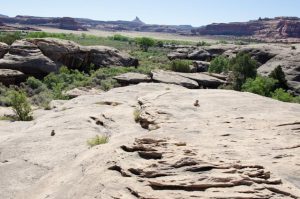 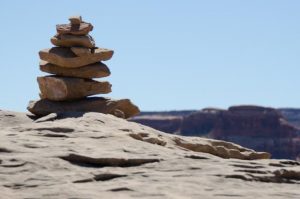 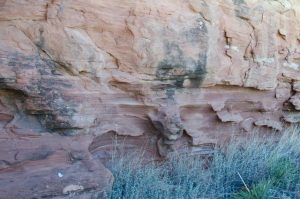 The Cave Springs hike was beautiful but short, leaving us with plenty of time to do another one. So we ran back through the swarm of gnats, went back to the car, and headed onto Pothole Point.

On the way, we stopped off at a viewpoint of the Wooden Shoe Arch. 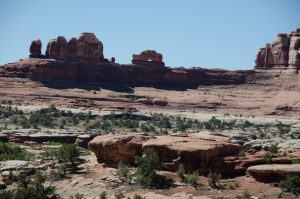 Pothole point is an easy hike over some slickrock, with nice views of the Pinnacles. Unlike Cave Springs, there’s no significant water source, so it’s a much drier, hotter walk, but not bad if you avoid the middle of the day. 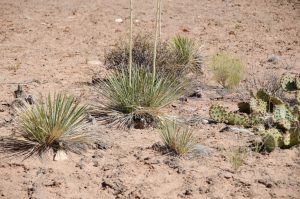 The first part of the walk is up some gradual hills. 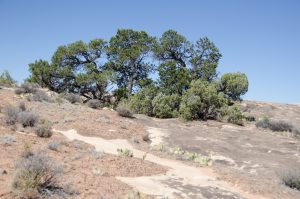 Eventually, you arrive on top of some slickrock, and get some beautiful views as well as some interesting rock formations. 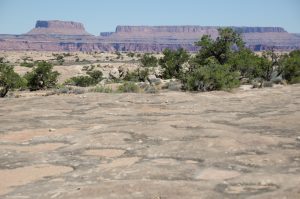 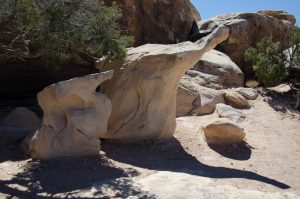 The “potholes” are areas with dirt in the slickrock. During other times of the year, I assume that they collect water. 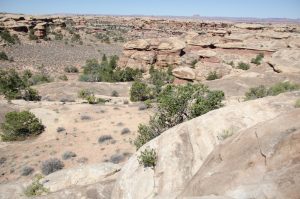 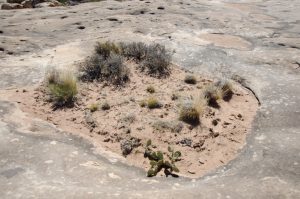 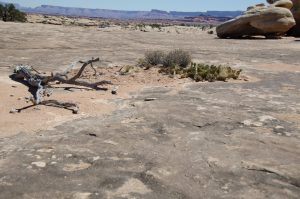 And, of course, some beautiful views of the Pinnacles. 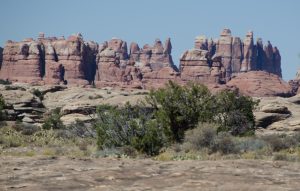 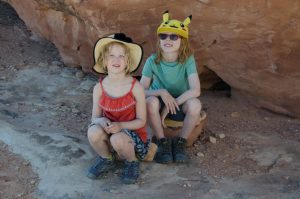 At that point, we had mostly exhausted the list of “easy” hikes in the Pinnacles part of Canyonlands. It sounds like there are some pretty amazing hikes out in the Pinnacles, but they are too long and involved for the three kids, especially with a toddler in the hiking backpack. And Canyonlands is so enormous with huge geographic barriers separating the different parts of it that it was not practical to try to visit the other sections of the park for a day trip. So we went back to the campground to relax and hole up in the shade during the heat of the day.

That night, we experience another amazing night sky. Long after the sun went down over the horizon, and long after the sunset, you could still see the remnants of its light, with few stars in the west until those remnants were gone. And then we saw a sky full of amazing stars. I used a constellation app on my phone to identify them; there are so many more stars than what we are used to (what almost everyone is used to) that it was actually hard to figure out which stars go with which constellation.

Eventually, the bright light of the moon started rising over the horizon and the starlight show was over. 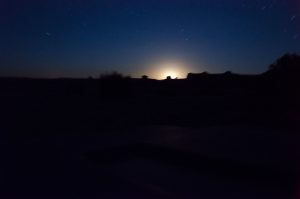 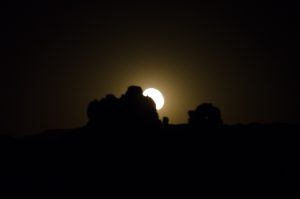