Tuesday morning, we took a bit of a break since we’d been going nonstop since we left Portland, and this trip is a marathon, not a sprint. The boys slept in, and I wrote my blog posts for the past couple of days. Aaron got the wireless up, and I was able to post a few things, although the connection was pretty horrific. We had a leisurely breakfast and then got ready to leave for a day trip to East Glacier. After finally washing all the dishes, putting everything away, and then getting all three kids in the car, we were finally ready to go. And then there was just an awful clicking sound when Aaron turned the keys in the ignition.

Between the battery being old and probably in need of replacement, me charging my laptop the night before, and the kids playing nonstop around the van, closing and opening the electric doors constantly, it just didn’t have the charge to start the engine. Luckily, a neighbor was around and able to give us a jump, but it wasn’t a great start to our adventure.

The ranger at the visitor’s center had recommended a stop called Goat Lick Overlook on the way to Two Medicine. We almost missed the turn; it looked like there may have been a sign there at one point, but it had fallen down or something, and the parking lot isn’t visible from the road. We just knew that the turn was somewhere near where we were, and there’s not a whole lot out there anyway, so we decided to take a look and discovered that it really was the place. 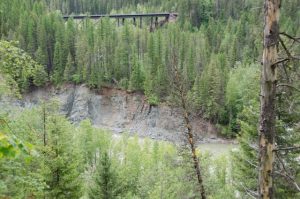 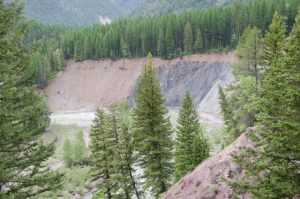 Apparently there are often a lot of goats around, licking the rocks for salt. Unfortunately there we didn’t see any goats, but the view was amazing, and it was a good place to stretch our legs in any case. Plus… it was almost totally empty of people due to the lack of signage.

Back in the car and off to East Glacier. When we first got to Glacier on Sunday, it had been drizzling, and it had lightly sprinkled on and off on Monday, but we had mostly missed the thunderstorm that the weather service was predicting. On our East Glacier trip, we discovered that the storm had got stuck over there. The whole area was flooded. It didn’t affect the roads or anything, but there was water everywhere and the streams were overflowing.

The east side of Glacier is absolutely, mindblowingly gorgeous. The west side, where we were staying, is really beautiful as well, but all the classic pictures of the towering, stark mountains behind beautiful blue lakes that you see in guide books seem to be mostly from the east side. Here’s a quick stop me made at the monument to the continental divide. The picture below does little  justice to the actual scene. Imagine these types of mountains completely filling your entire vision from left to right, and you will have a better idea of what this looked like. Really amazing. 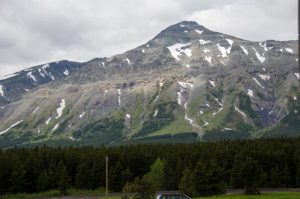 We went as far as Two Medicines, but I wish we had had enough time to go further north to Many Glaciers, which is supposed to be even more staggeringly gorgeous.

The ranger had recommended a nature walk at Two Medicines, and we were puzzled when the parking lot at the trail head was empty. Maybe just not as many people make it over to the east side since it’s a longer drive? But it turned out that the trail was closed due to the flooding conditions. So we went further into the park up to Two Medicines lake. 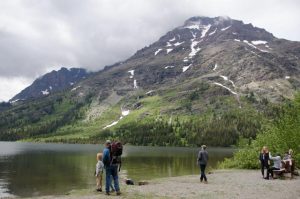 Wow. I couldn’t put my camera down in a fruitless attempt to try to picture the beauty that my eyes could see but came out imperfectly on the limited dynamic range and flatness of the camera image. We heard that parts of the trail around the lake was also flooded out, and we didn’t want to do the entire 7 mile hike in any case, but we decided to go as far as we could. It was an amazing hike. 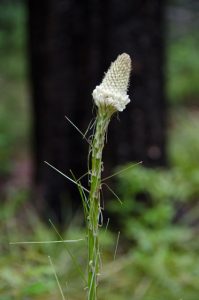 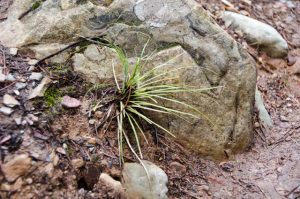 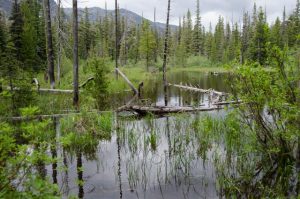 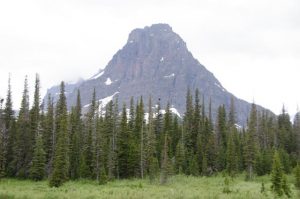 It was, however, just as wet as other hikers had warned. Parts of the trail were covered with water. Other parts were just really muddy. And the mosquitos were awful. Every time I stopped to take a picture, I felt like I was sacrificing myself to my camera; the mosquitos started swarming instantly, and I had to take a picture before they covered my hands. We were certainly rewarded, though. The landscape was beautiful, and the trail was relatively empty of people.

Gigi managed to step wrong somewhere and got a wet foot, which she then complained about loudly and incessantly. We made her keep going for a few more minutes, but then the trail got a bit too wet, and it was getting a bit too late to keep going. Just after we turned around, we ran into another hiker who told us about a moose visible just off the trail. We took a small goat trail where we joined a bunch of people looking at the moose, which was off in the distance, visible, but only just. (I made Gigi stop whining while we watched the moose.) This shot was taken with my camera zoomed all the way in on him (her?). He was nowhere near this visible to the naked eye. Or at least my somewhat nearsighted naked eye. 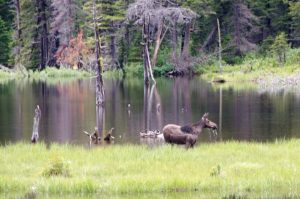 And then it was back to the main trail, avoiding getting our feet wet while swatting mosquitos, surrounded by majestic mountains and gorgeous greenery. We made it back to the car and decided to head back to West Glacier, especially in light of Gigi’s wet feet. On the way back, we stopped at a waterfall that Aaron had spotted on the way in. 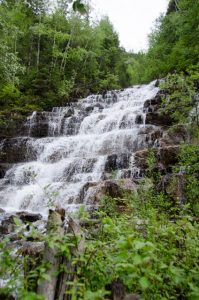 We went back to campsite, ate some yummy potatoes and cauliflower for dinner, and then I took Gigi and Des to the amphitheater where we learned all about the wolves in Glacier NP. It was a fine ending to our short Glacier adventure. 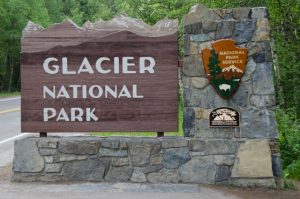 One thought on “East Glacier”